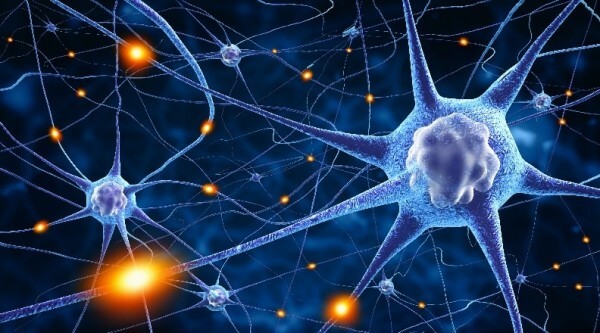 A traumatic accident or blow to the head isn’t the only way to cause damage to the brain. Would you believe that even a few minutes of oxygen deprivation can cause damage?

Now, imagine this happening countless times throughout the night. Patients with untreated sleep apnea are known to have pauses in breathing up to 30 times in a single hour. While we know that sleep apnea patients commonly suffer from poor concentration and difficulty with memory, most of us don’t think of the actual damage that occurs to the brain.

Researchers from the UCLA School of Nursing found that people with sleep apnea had significant changes in the levels of two important brain chemicals vital to day-to-day life.

Why is oxygen important for the brain to function properly? The brain needs oxygen to metabolize glucose, which is used to power neurons that control virtually every conscious and unconscious function of the body.

Essentially, the damage will occur when the brain is deprived of energy to power the brain’s cells. Consider that the brain is just 2% of body weight but it uses around 20% of the body’s oxygen supply.

Lack of oxygen under 60 seconds: Technically speaking, no damage will occur to the brain when it’s deprived of oxygen for less than a minute. However, it’s also important to note that there are long-term risks associated with continuously being deprived of oxygen throughout the night, as with the case of sleep apnea.

At one minute: After the one-minute mark, cells in the brain will begin dying.

At three minutes: After around three minutes, you are more likely to suffer from lasting brain damage because the neurons suffer more extensive damage.

At five minutes: At the five-minute mark, death becomes probable.

At 10 minutes: After being deprived of oxygen for 10 minutes, brain death, lasting brain damage or a coma are inevitable.

Some of the most obvious effects of sleep apnea include poor attention span, fatigue, daytime sleepiness, and moodiness. Researchers now suggest that sleep apnea actually affects patients’ brains on a molecular level.

UCLA researchers found that the structures in the brain that are important for memory storage are nearly 20% smaller in troubled sleepers compared to untroubled sleepers. Other studies have also discovered a decrease in the gray and white matter in the brains of patients with obstructive sleep apnea.

The good news is that researchers noted that damage to the brain can be restored. Researchers from the American Academy of Sleep Medicine noticed that after a year of sleep apnea treatment, patients’ white matter was nearly completely restored while gray matter substantially improved as well.

With all that said, we can’t stress the importance of treating sleep apnea enough. Treating this disorder goes well beyond just enjoying a full night’s sleep. Proper sleep apnea treatment can save your health and spare your brain the damage that occurs with oxygen deprivation throughout the night.