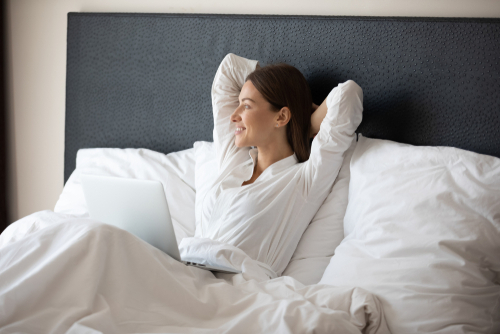 Are You an Early Bird or and Night Owl?

Sleep is absolutely crucial to our health, and the need for it is one of the things everyone has in common. But the different ways we approach sleep set us apart.

While some of us prioritize our sleep, ensuring we go to bed at an earlier time and rise with the sun, others treat sleep like a secondary burden and are content to crash out after experiencing what the night has to offer.

Discover the truth about how being an early bird or a night owl can affect your health as we explore the benefits and drawbacks of each.

How the Early Bird Sets Themselves Up for Success

Since we all need 6 to 8 hours of sleep each night, the decision to go to bed early or late has more of an effect than you may realize. This stems from the fact that early to bed means early to rise, work, exercise, and take care of important obligations.

Early birds get the jump on night owls by starting the day before they do, and will typically have a lot accomplished before the night owl crawls out of bed.

A study out of the University of North Texas followed the progress of 824 graduate students based on their sleeping habits. Daniel J. Taylor, Ph.D. co-authored the study and sums up its findings:

“The finding that college students who are evening types have lower GPAs is a very important finding, sure to make its way into undergraduate psychology texts in the near future, along with the research showing that memory is improved by sleep,” Dr. Taylor explains.

This shows that it’s not just the quantity of sleep that affects us, but also the timing of it. Since our circadian rhythm is affected by light and certain hormones that are produced more at night, research shows that early birds set themselves up for a happier and healthier life. 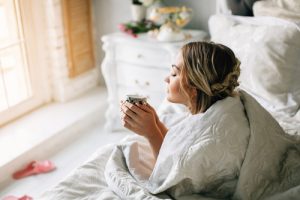 Why Being the Early Bird is Actually Healthier

If the amount of sleep is comparable, it may not seem like there’d be a difference between settling in early or staying up late, but it’s actually a significant one. In study after study, it’s been shown that early birds truly do have a major health advantage over night owls.

Being an Early Bird Improves Your Mood

This conveys that night owls are more likely to look for a quick rush, whereas early birds tend to be well-balanced and social.

Melatonin is Produced at Night

It’s been known for centuries that our bodies respond to a circadian rhythm that affects our organs, hormones, and all the processes of our bodies. This release of hormones is another reason why early birds who maximize their sleep at night are healthier.

Melatonin is the hormone that helps us sleep, and it’s naturally produced in our bodies. But what’s interesting about the production of melatonin is that it’s far more frequent at night time.

This explains why even if you’ve slept during the day to prepare for a night shift, it’s common to struggle to stay awake during those late-night hours.

Early Birds Have a Reduced Chance of Breast Cancer

Researchers examined 341 strands of DNA in over 200,000 women to determine whether women who were morning people were less likely to develop cancer.

Although it looked only at whether women have the traits of a morning person in their DNA, the study showed that women who wake up early are far less likely to develop breast cancer than those who are inclined to sleep in and stay up late.

This study is crucial because it showed a strong link between our natural body clocks and the development of deadly diseases.

Our body’s natural clock is something that ancient Indians wrote about thousands of years ago. Through recent studies, we’re beginning to understand more about this clock, and the massive effect it has on many aspects of our health.

For anyone who struggles with sleep, it’s worth considering how you’re respecting your body’s natural clock and whether you’re maximizing these critical nighttime hours.
Visit Dr. Lauck to Improve Your Sleep Quality
While it’s true that going to bed early comes with benefits that are great for your health, it’s also important that you’re able to get quality sleep. If you find yourself snoring excessively and waking up throughout the night, you may not be getting the sleep your body needs to recover.

To ensure that you’re functioning at peak potential, give us a call to schedule an appointment with Dr. Rebecca Lauck. At our practice in Keller, Texas, we provide various treatments and solutions that can restore your ability to rest through the night.